This will be a brief post - got Tom Hiddleston as he arrived to TIFF today. Always a super amazing guy, Tom signed a ton of autographs for all that were waiting and took pictures with. One of our favorites of all time. 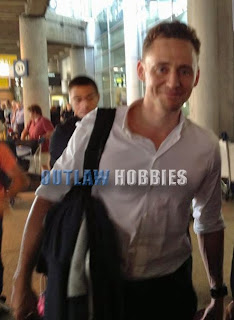 It seems our luck that eventually, the cast of the Hunger Games' films were come to Vancouver.

Our first of the Catching Fire cast was Meta Golding, in town to film The Tomorrow People. Meta was absolutely amazing, even after sitting on a flight delay for two hours. She chatted about how fantastic the stunts are in The Tomorrow People and that everyone should tune in because the stunt choreography is astounding.

She signed a bunch of photos and wrote her character name "Enobaria" on a few of them. Very excited for both the show, and the film. 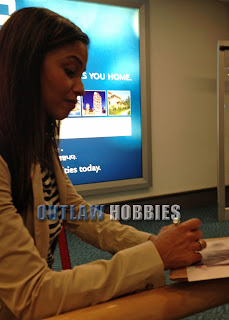 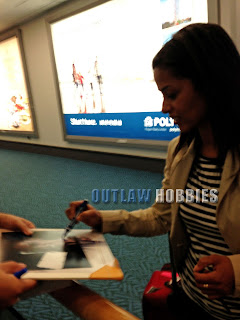 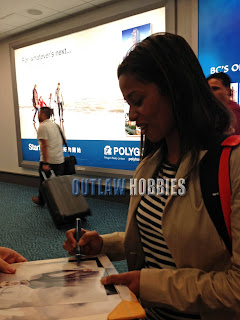 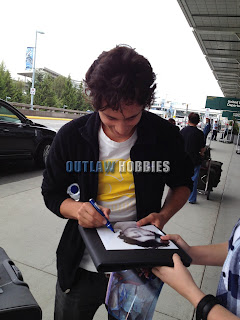 The cast of Wonderland went to Los Angeles this past month and we managed to meet up with the entire cast, and this was our first encounter with Peter Gadiot. Peter is an incredibly nice guy and stood and chatted for a bit before his flight. He told us some stories from set and we're definitely excited to see this show. 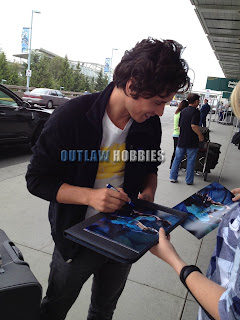 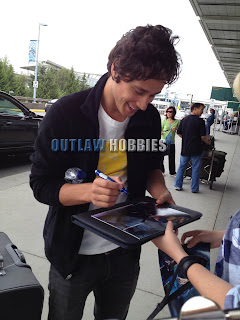 Chris Evans is dating Minka Kelly (who is starring in Almost Human) and every month he seems to fly up here to visit her for a few days. We managed to catch Chris as he was flying back to Los Angeles. He was amazing as always, signed the photos we had and took pictures with everyone, including airport employees. 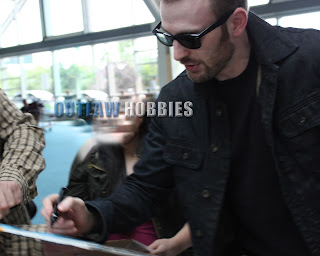 Chris was signing some of the nicest autographs I have seen him sign in recent years and was overall just what you'd hope for in a big name celebrity. As big Avengers and Captain America fans, we can never get enough photos signed by this guy, and it's great he's as nice as he is. 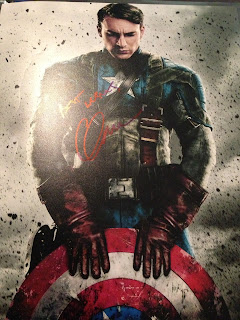