2014 TV season is officially upon us. 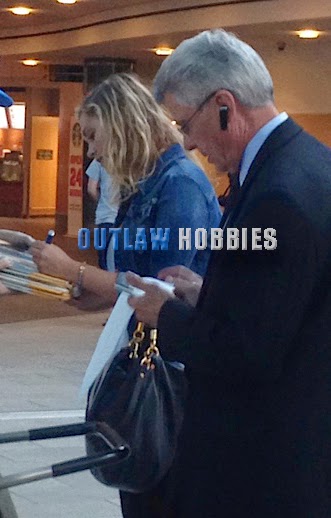 We never went out for The 100 cast during it's first season because to be honest, we didn't think it would be a hit. Now that it's been renewed for a second season, we were ready for the cast to start coming into town.

First up was Eliza Taylor, the star of the 100. Eliza signed a few of the photos we had but was rushing to get out of the airport to check out her new apartment. She was very sweet in the short time that she had. 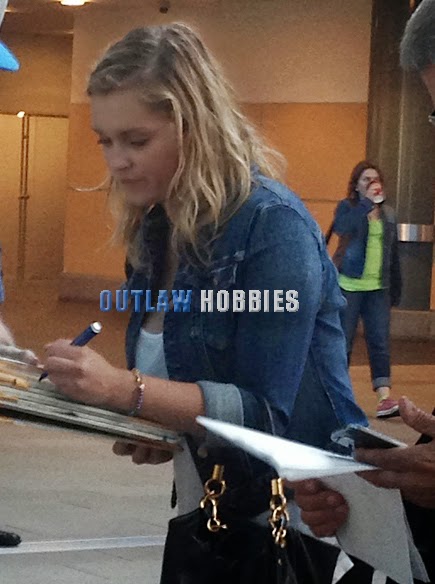 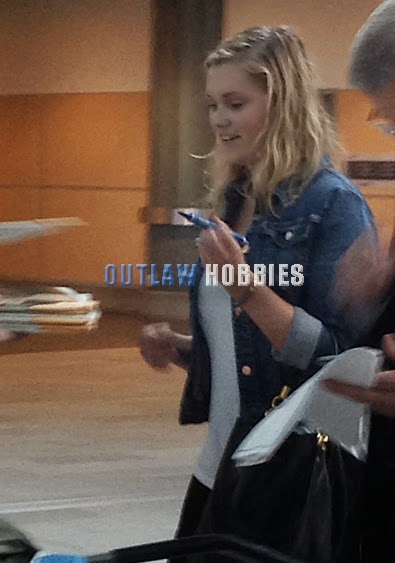 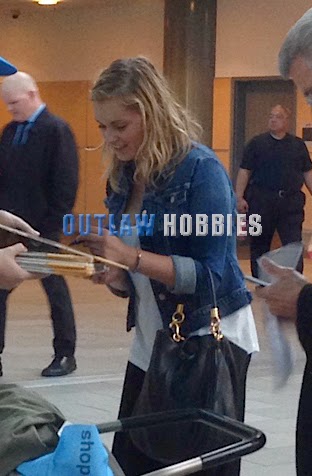