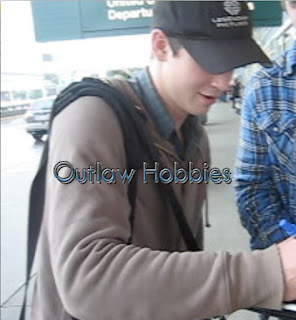 Logan Lerman wrapped his filming in Vancouver on Percy Jackson 2 on Saturday June 16th. He immediately caught a flight because he had to be in Louisiana to cram in the final 2 weeks of filming before he could go to New York to work on Noah. 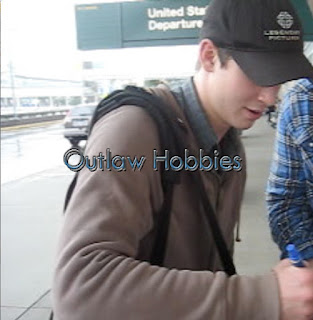 Logan was a little harder to get to sign photos this time around but has always been really cool with us. He now institutes a "2 per" policy, claiming it's a little bit of OCD. 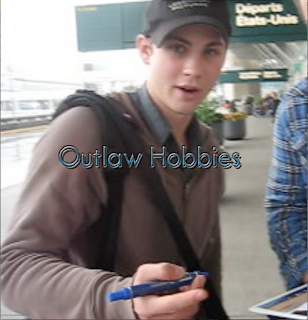 Word is Percy Jackson is extremely behind in filming and will have to come back to do additional photography when Logan's schedule permits, so hopefully there will be PJ2 images out then we can get him on. The photos are all taken from a video (hence the lo-res). 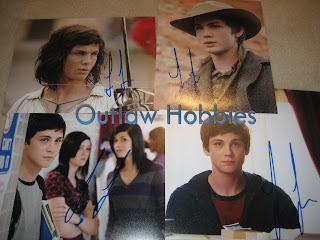