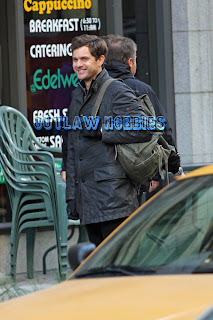 We went to the Fringe set today hoping to get John Noble who you can basically only get on set and we were lucky as Blair Brown, Anna Torv, Joshua Jackson & John were all on set today. 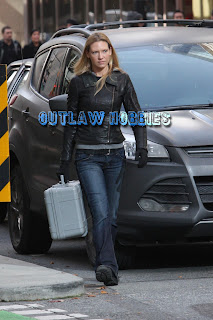 They filmed a bunch of scenes and John Noble and Anna Torv both came over to sign a few photos for us. They filmed a bit more and we got Blair to sign a couple (and complete a combo photo of her and Anna) on her lunch break. 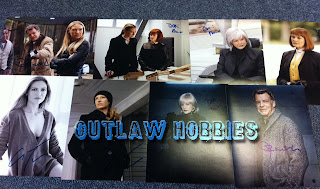 Olympic soccer bronze medalist Karina Leblanc was filming as an extra today and at one point let Joshua Jackson wear her medal. 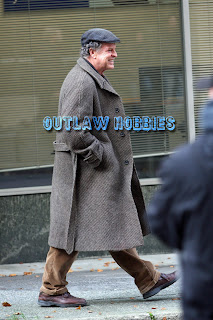 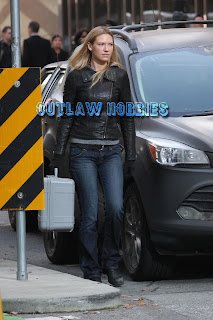 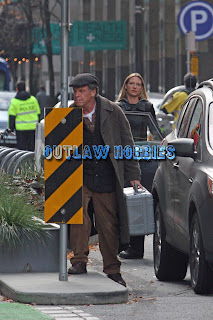 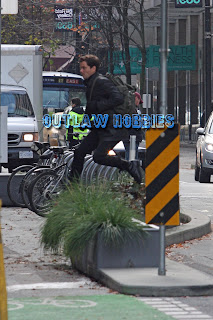