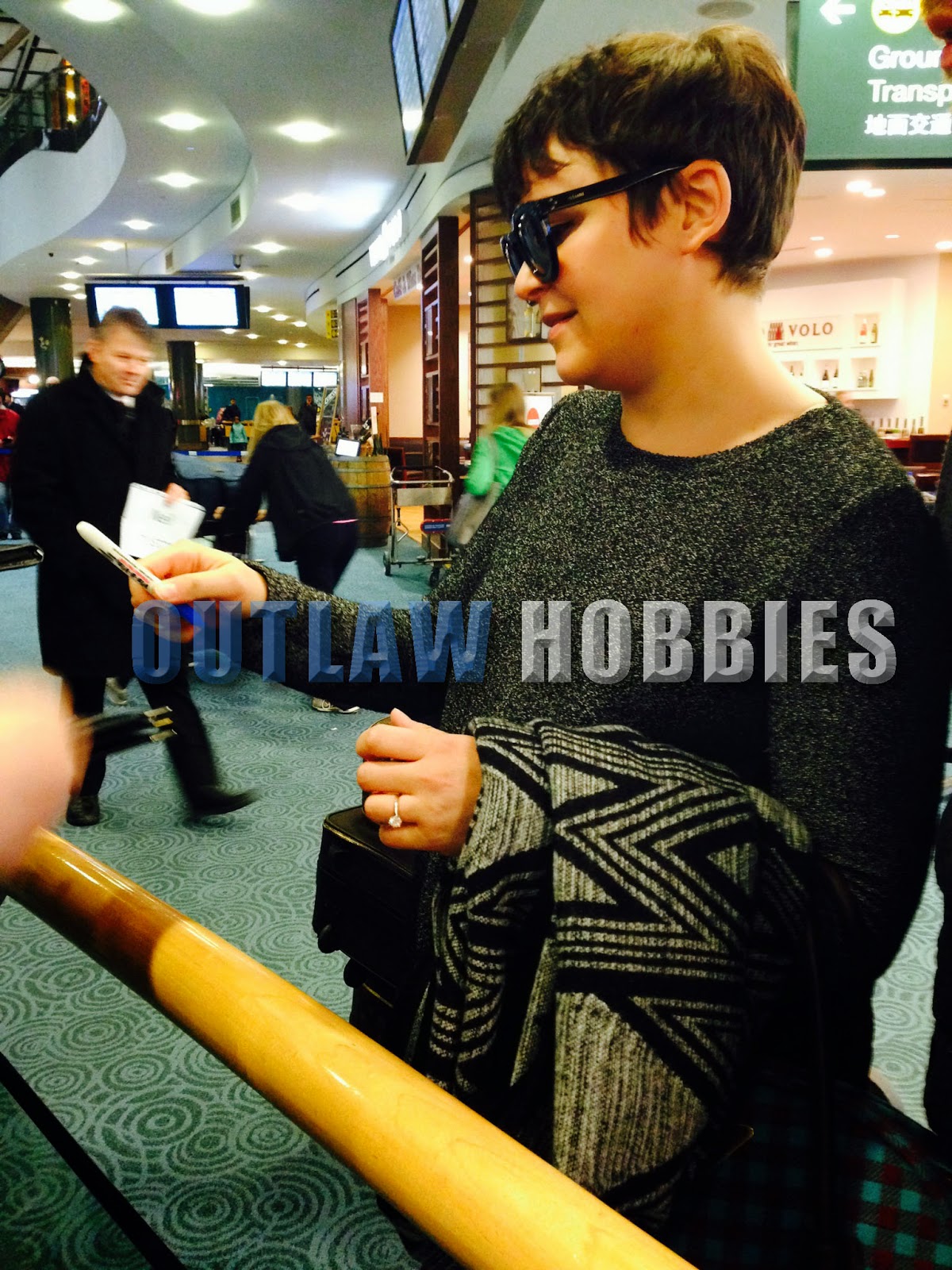 Always the amazing and sweet couple, Josh and Ginny were greeted by quite a few people in the airport just picking up family that were awe struck by the couple. They both stood and signed photos and chatted for quite awhile.

Josh mentioned that they don't want to find out the sex of the baby, they're really looking forward to the surprise. I asked Ginny if she and Amelia (Jamie Dornan's wife) were exchanging baby tips and she said they haven't seen Baby Dornan yet but hope to soon. Ginny said that the majority of her Christmas gifts were things for the baby.

They posed for photos with fans and Ginny stroked Josh's beard after we commented on how good it looked and she remarked "If only he could keep it, I love it!" 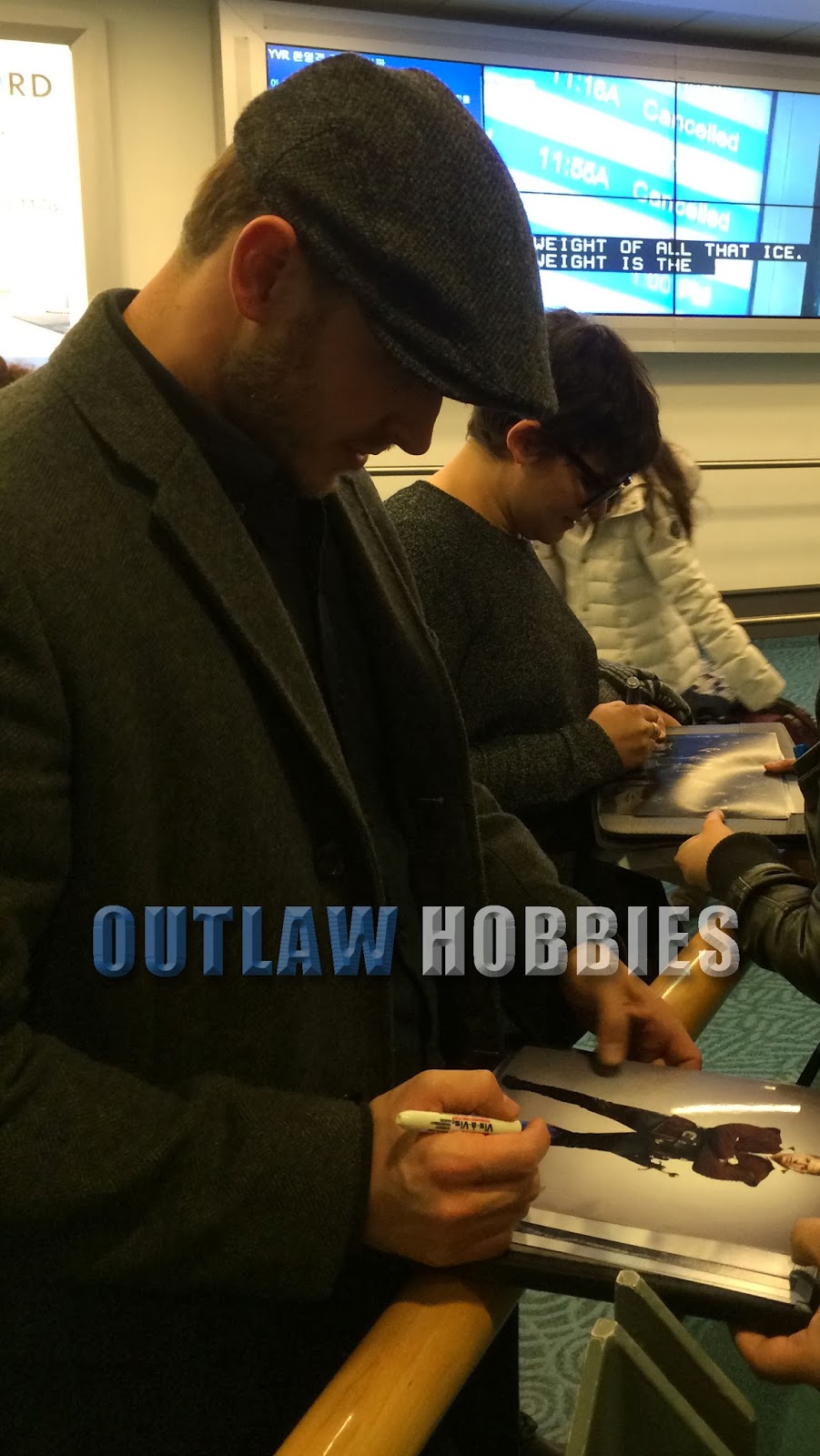 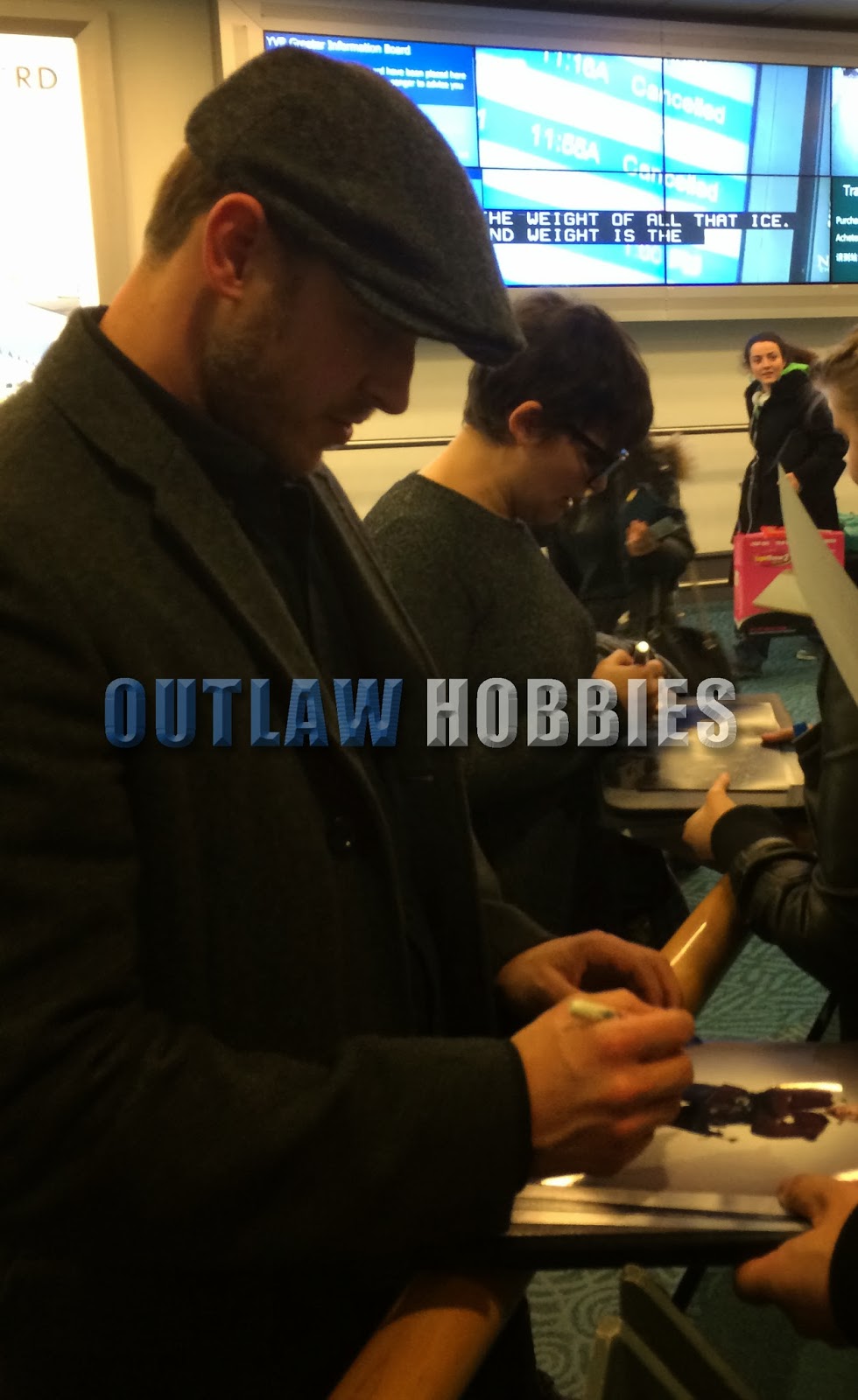 Ginny also spoke for a bit about how Josh got sick over the holidays but her friends had been telling her that when her partner gets sick, she can't get it afterwards because part of his DNA is bundled up inside her.

The last time we saw Ginnifer we commented on how she should post a photo of her ring on twitter because no one had seen it and she said she would try and be sure she had a manicure the next time she saw us so we could take photos. This time she made sure when she was signing to hold out her left hand and "flaunt" the ring, which is stunning. 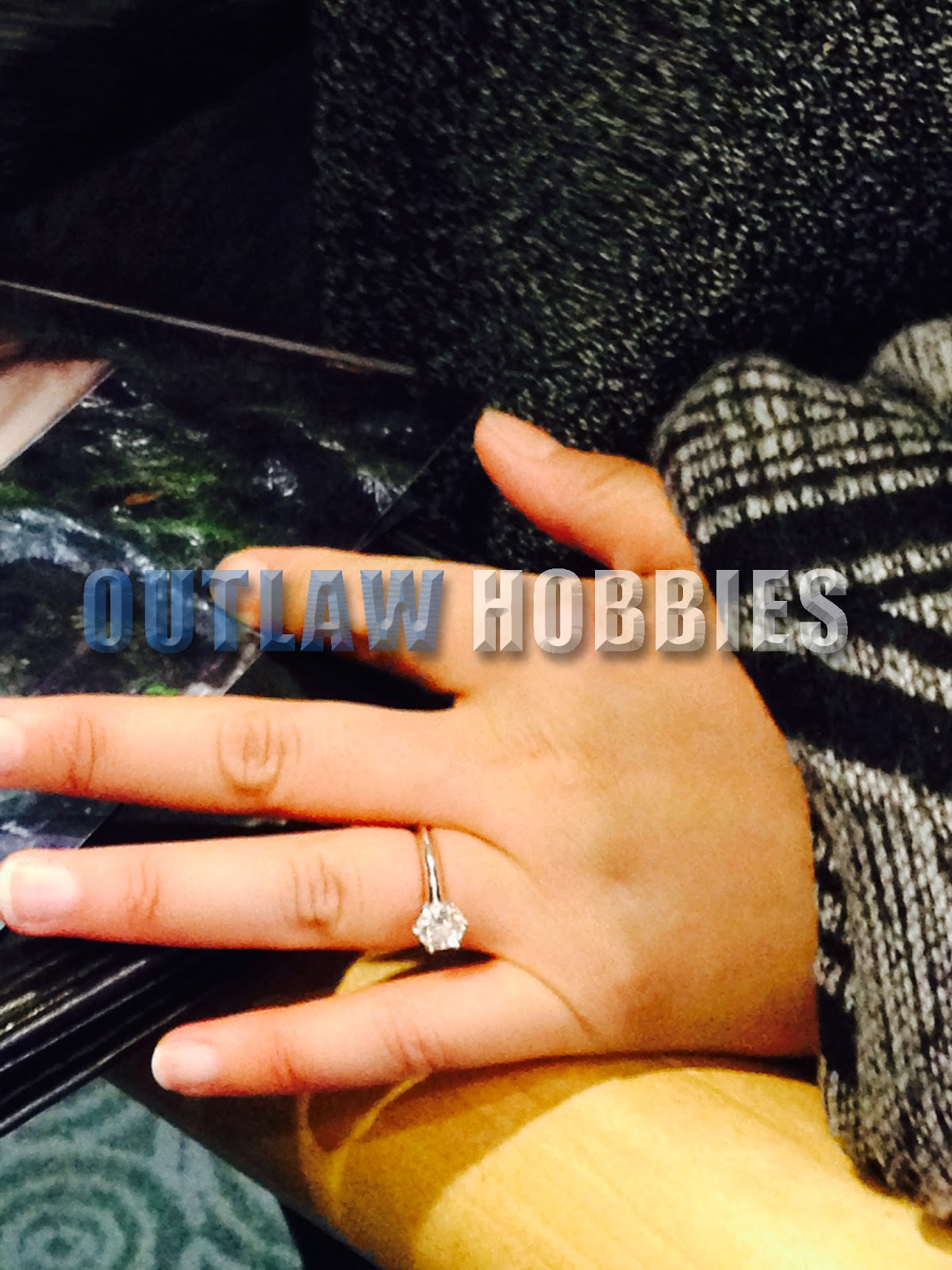 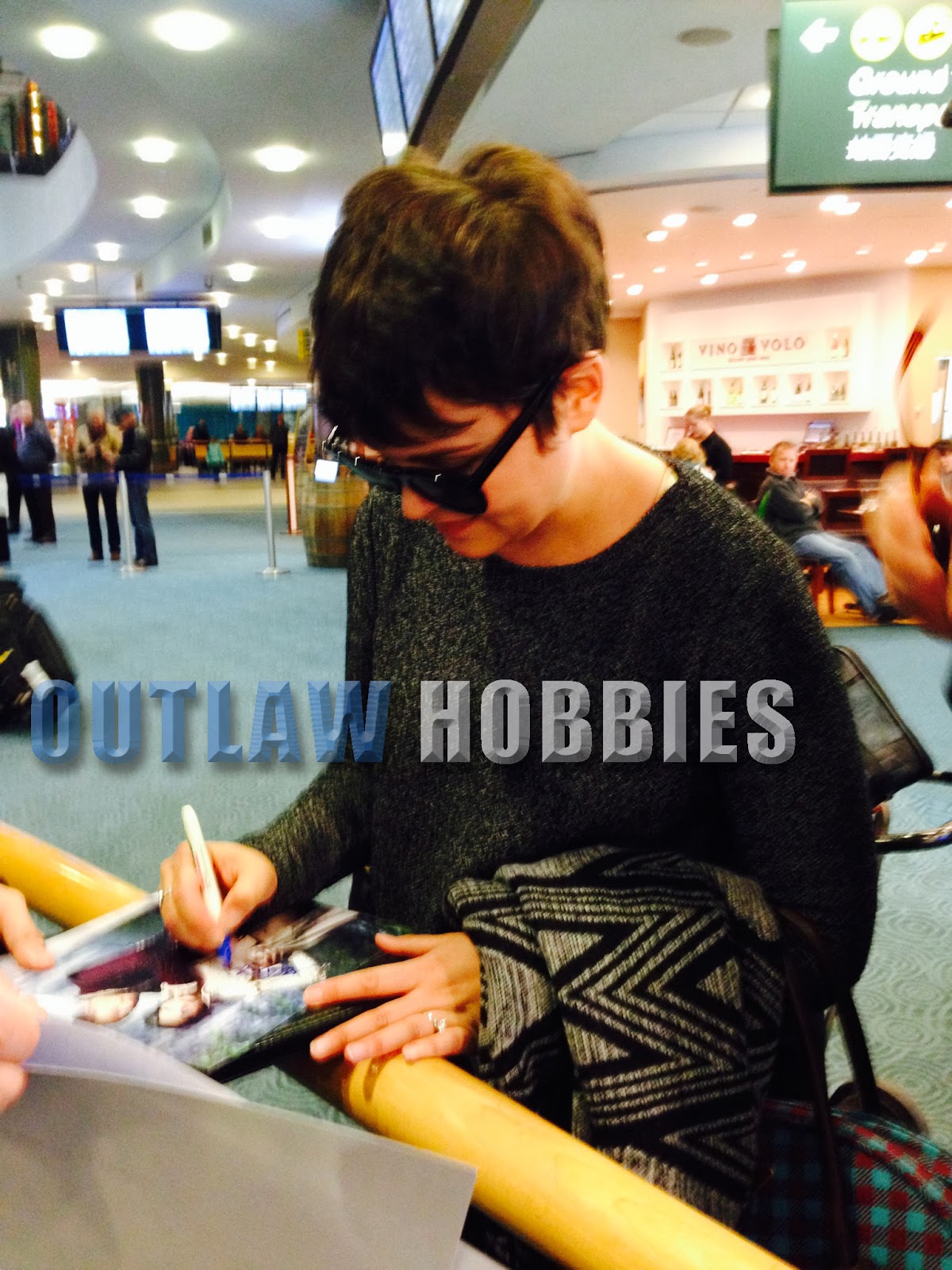 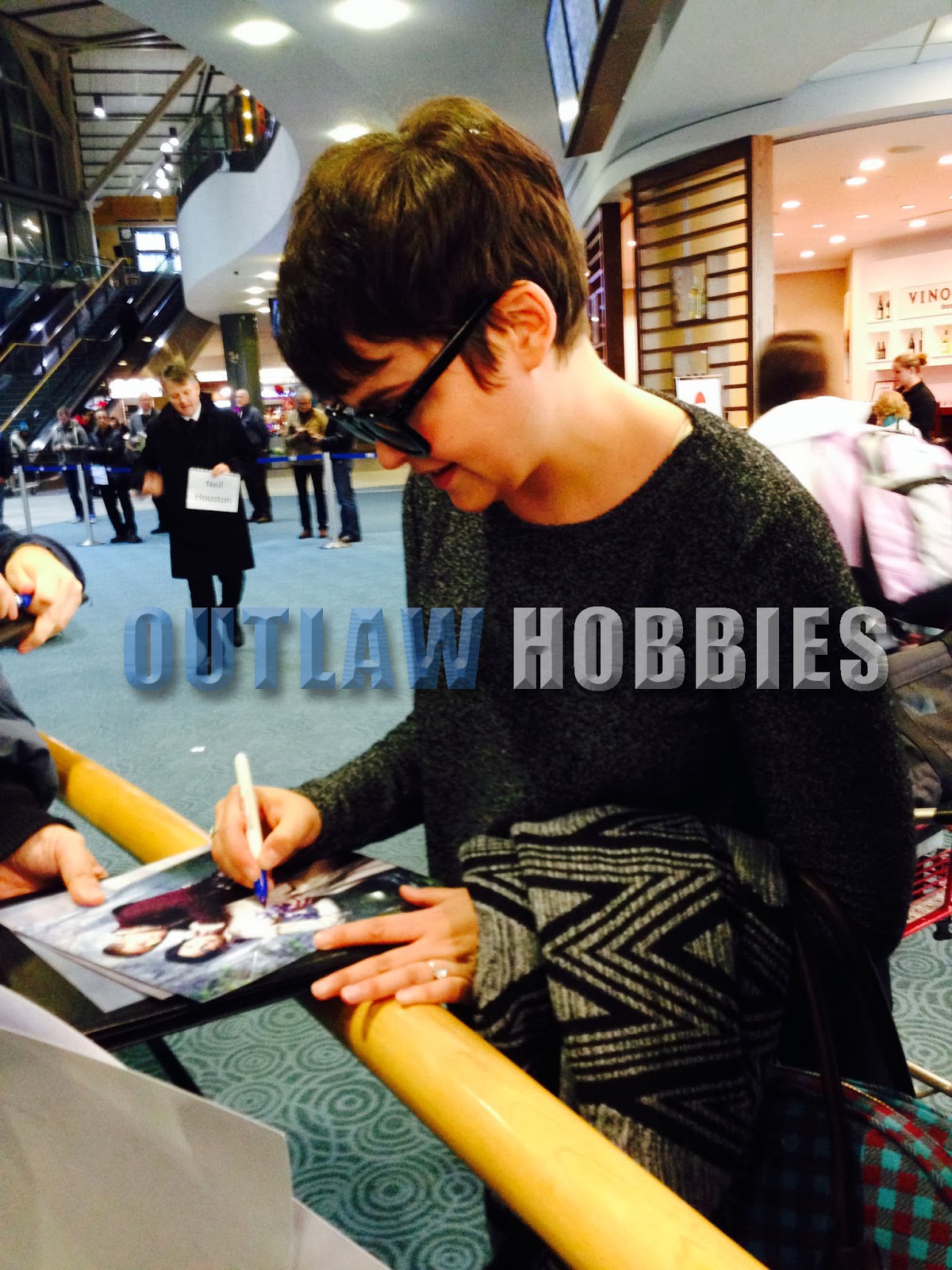