Ricky Gervais is one of the funniest comedians right now (in our opinion). 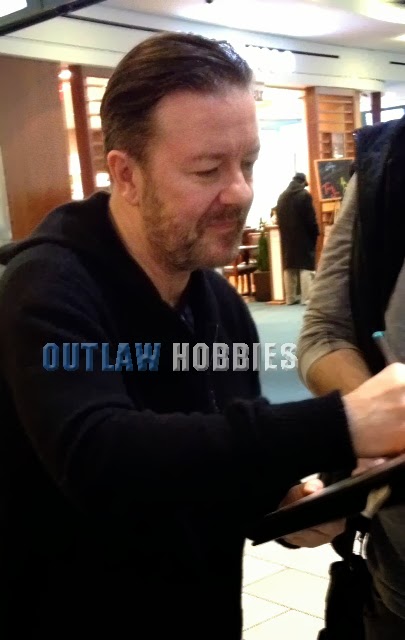 When we saw he was coming in for Night at the Museum 3, we had a hard time deciding what to get him to sign because he's done so many good roles.

Ricky was snuck out a side door at YVR but luckily after his 8 hour flight, he had to use the facilities and was brought back into the airport and right by us.

He stopped to sign and was extremely cool and friendly, although his airport greeter was trying to get him back to his vehicle. We had been told in advance Ricky was very fan friendly, and he did a couple photos with and continued to sign all the way to his vehicle, even with his greeter asking him if he was okay with doing it. 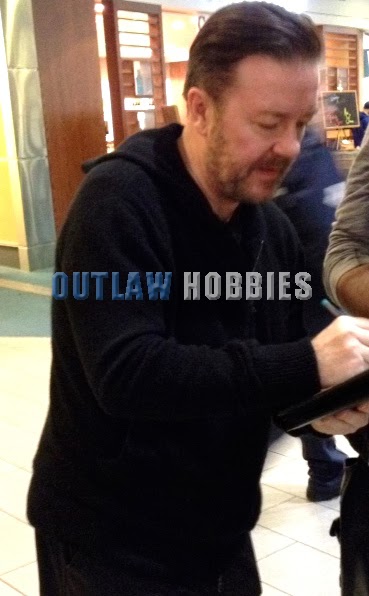 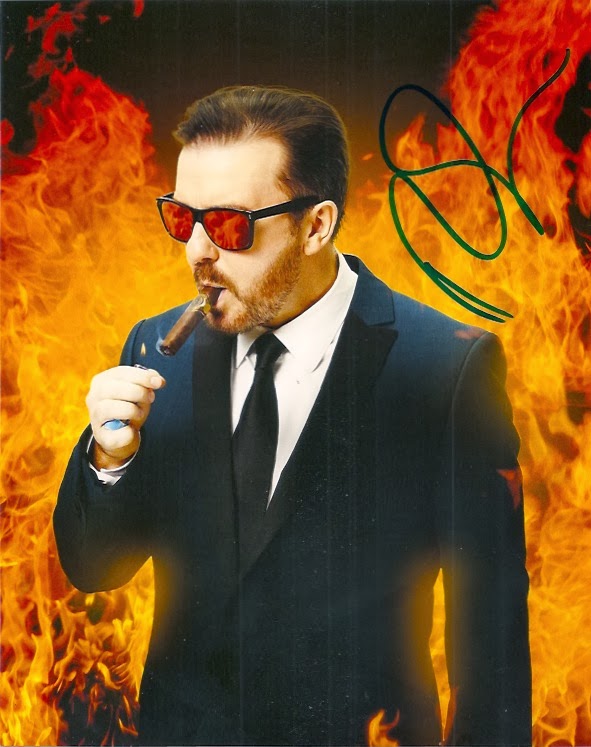 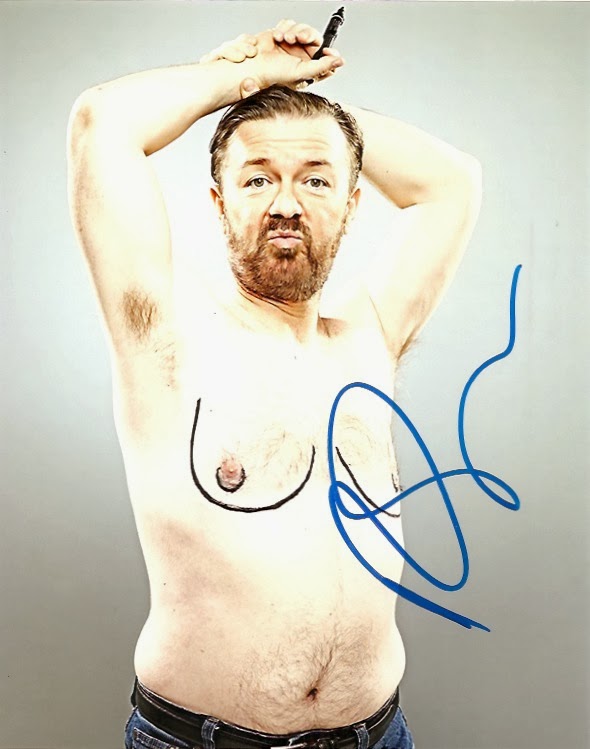