Josh Dallas and Ginnifer Goodwin came back from ComicCon and were once again the most amazing people. 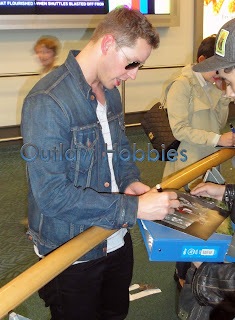 Ginnifer was on her phone and apologized profusely for being rude while she was signing for us. Turns out they were stuck in customs for over 90minutes being (in her words) just yelled at and interrogated because they were claiming their work visas were expired and they were in the country illegally and we having their Nexus cards revoked. She said it was intense and embarrassing but in the end turned out okay for them. 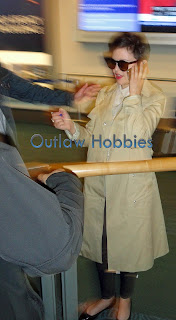 Despite the crazy situation, both stars came right over to us and started chatting. This was my first time seeing Josh this season and he came right over to greet our new puppy. Once Ginny was off the phone she said "God I wish I could have spent more time with him! Don't let me hold him because I'm going to steal him from you!!" And while walking away hand in hand Ginny kept turning away to blow kisses at the puppy. I absolutely love those two. 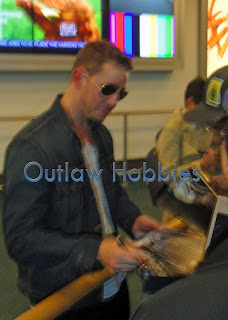 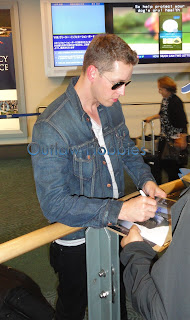 On the same flight was Meghan Ory, but as a local she was out really quickly and signed a few photos for us as well. 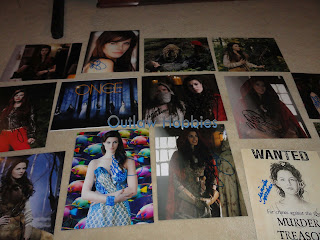