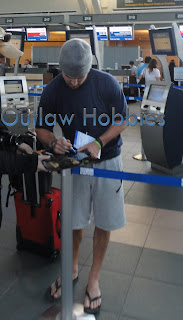 The new CW star Stephen Amell flew out to San Diego to promote his new show Arrow. Stephen is a cool guy who seems to really enjoy Vancouver so far (except for the Canucks!). 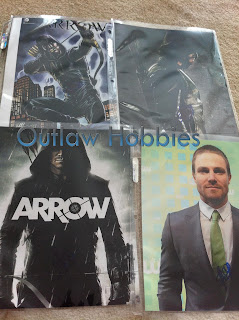 We're hearing a lot about how huge Arrow is going to be (CW is practically talking about 10 seasons akin to Smallville!) so it's good to get Stephen before he becomes the next Tom Welling. 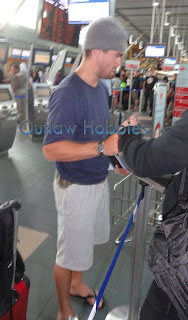 Stephen signed a few autographs for us before catching his flight - but it seems someone has already spoken to him about autograph placement. On every single photo he signed, Stephen automatically placed his autograph in the darkest spot on the photo. Guess we're going to start bringing out the silvers to get him from now on. 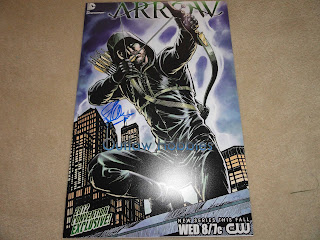 Happy to get him on this awesome 12x18 for our collection 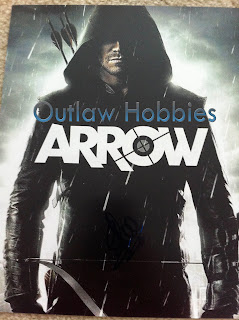