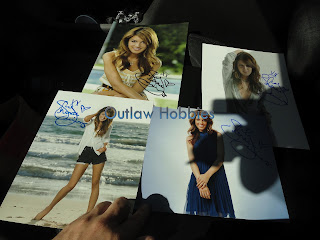 We knew Shenae would be flying out today and went to the airport. We've heard some horror stories about Shenae in the past - how she doesn't like to sign for dealers, or males. When she got out of her vehicle she signed autographs only for a girl there getting photos signed for her boyfriend. She then said she would not sign at all anymore. She walked around the airport to change her flight and went to the food court. We spoke to her boyfriend and told him that yes, we are dealers but we're also big 90210 fans (which is true, it's a guilty pleasure) and we really want her autograph for our collection. 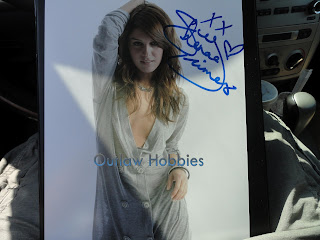 She came out of the washroom and we asked her again. She said no but her boyfriend asked her to sign for us and after giving him a death stare, conceded and signed quite a bit after talking to us and finding out we actually are fans.