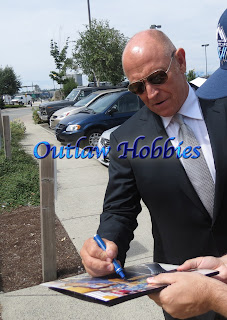 Last weekend we went to a Psych set where they were filming the wedding of Timothy Omundson & Kristy Swanson. Kurt Fuller was wearing nothing but a speedo and his trouser socks. Be happy he was wearing a bath robe in the photos. We got autographs from the entire cast that day. Also of note, on set (and he has been all season long) was Corbin Bernsen. Corbin is definitely not in town for a "set visit" as he has been tweeting. Yes, it's a spoiler alert Psych fans. Corbin isn't dead. in fact we watched him film lines as Henry in his wedding suit. 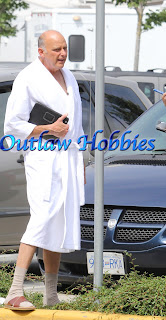