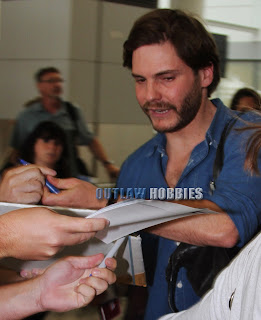 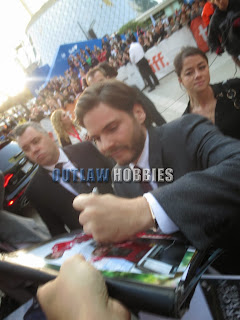 Daniel Bruhl was our TIFF 2013 1st autograph and he was a great way to start the trip. While his handler/assistant didn't want him signing, Daniel stopped for everyone and signed a good amount before heading off into town. 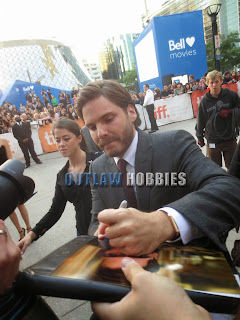 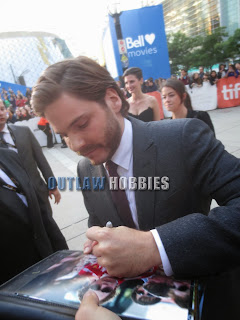 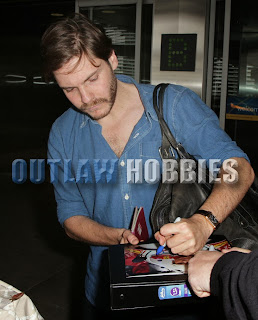 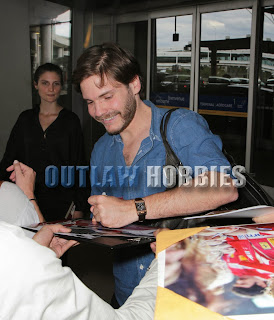 Chris Hemsworth was a difficult one to track down at TIFF. Our friends in London said he would barely sign there so we weren't expecting much; luckily he signed a bit at the premiere and then again at the after party. We're huge Thor fans, but since we're going to London for the Thor 2 premiere, we got Chris on a bunch of Rush combos and only a few Thor images. 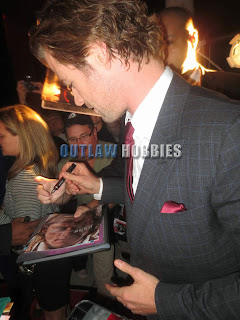 At TIFF last year Olivia Wilde was tough; this year was once again no different. She signed a fair bit at the premiere and we were happy to get her at YYZ as she flew out with Jason Sudekis.