The Thor 2 premiere was taking place in London while we were on vacation and because we're huge Marvel fans, we decided to give it a try. 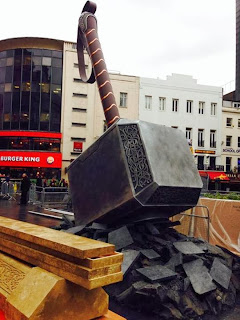 Fans were lining up as early as 9am for a 6pm premiere. I'd guess that about 90% of them were there just solely for Tom Hiddleston (which a huge amount we recognized from a few nights earlier at Tom's premiere).

We had hopes of getting Natalie Portman, however she is an incredibly rare signer and while she did sign quite a few autographs, she never made it to our section.

The best part of the night was getting the super rare Christopher Eccleston. He made sure to sign the entire red carpet and we got a bunch signed. He then finished press and walked the carpet for a second time signing again. Definitely one of our top signers.

Idris Elba was spotty and made his was quickly but still signed quite a bit. Chris Hemsworth signed for a very long time but his handler was choosy and tried to stop a lot of people from getting him.

Tom Hiddleston stayed in one section for a very long time and skipped a lot of the carpet entirely.

Kat Dennings was equal to Eccleston in signing. She signed the entire carpet taking a very long time, even in the pouring rain, to make sure everyone got at least one. 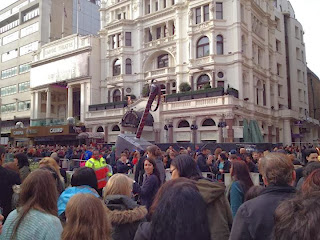 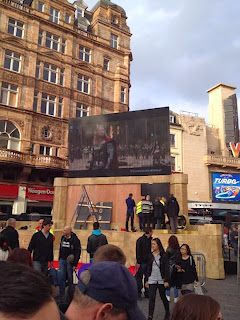 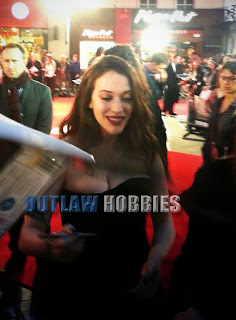