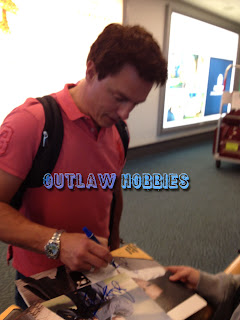 We were tipped that John Barrowman would be flying in again from London to do 2 days of work on Arrow and went out to the airport to greet him. He was again very, very cool and signed what we had. He told us he was a little jetlagged and looking forward to filming a bit more. Afterwards he was a little cheeky while Ken was taking his picture, grabbing his crotch playfully. What a super awesome guy. 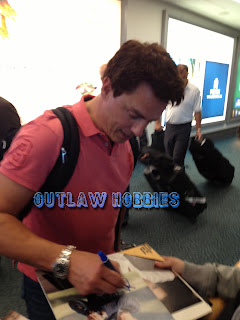