Matthew Davis on set of Cult

We met up with Matthew Davis today while he was filming his tv show Cult. 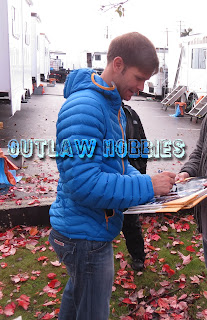 When we met Matthew in Los Angeles during Paleyfest, he was absolutely amazing and super nice. Then when we met him during the pilot, he was a little...off? He signed his Twitter name instead of his autograph and we were confused. 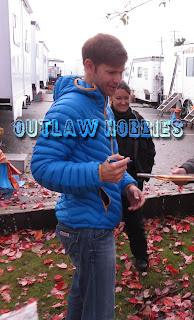 This time though, it was the Matt Davis we remember. He was absolutely amazing. We talked about how he loves Vancouver (although he's happy he doesn't have to film here in January & February), and how much he hated Atlanta. He said he misses Vampire Diaries but in no way at all does he miss Atlanta and hopes he never has to go back. 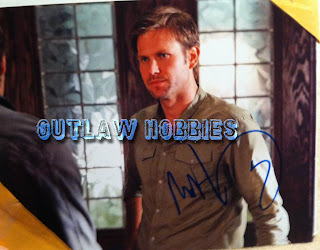 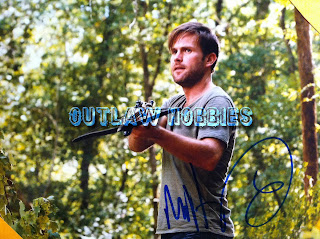 We're HUGE Vampire Diaries fans, and the majority of what we got signed is personal collection. We're also starting a few combos with Ian & Paul in hopes of them maybe doing Paleyfest again next year, or seeing them again at some point. 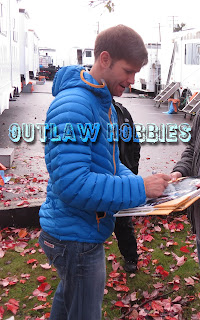 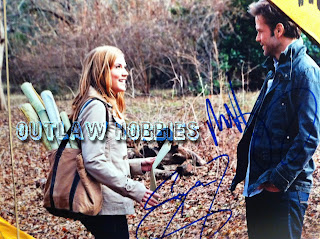 We've been holding onto this 11x14 with Sara Canning on it since the Leo Awards. Super happy to get that completed. Shout out to @canadagraphs for helping out with the proof pics today.