Yesterday a lot of shows were out on location and we managed to stop by Steveston and later in the day the Arrow set. 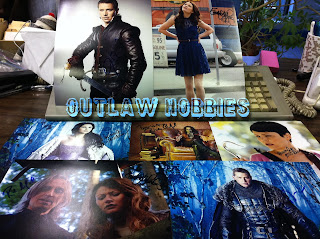 First at Steveston, the security is getting a lot tighter when it comes to autographs. Josh Dallas, cool as always, came over and signed all the photos we had. 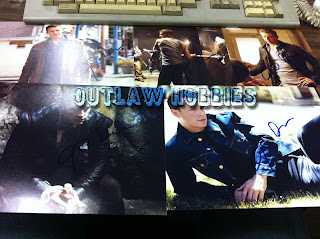 We were happy to finally get Robert Carlyle on his new promo photo and a really sweet Bond 11x14 for our collection. We also got autographs from Lana Parrilla, Emilie De Ravin & Ginnifer Goodwin. (No pics of them signing as most of the cast signed the photos in their trailers) 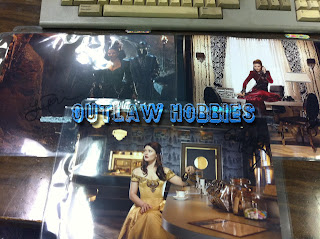 At the Arrow set, Colin Donnell, Katie Cassidy, David Ramsey & Stephen Amell were on set. Stephen's a really nice guy and signed our photos and completed a couple combos with Katie. 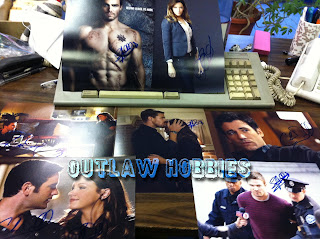