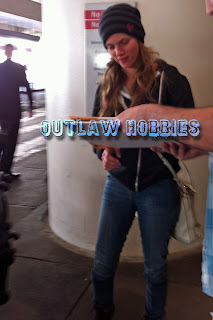 We knew he Revolution cast had filmed Friday night until 4am so they had to fly in to make it in time for their Paley panel that evening. We managed to get the entire cast (minus Danielle Alonso) at the airport and they all signed and posed for photos. Every single member of this cast is super cool. Even though we had already gotten all our photos signed at the airport, we're big fans of the show so we went to the Paleyfest panel as well just to get JJ Abrams and Danielle Alonso. 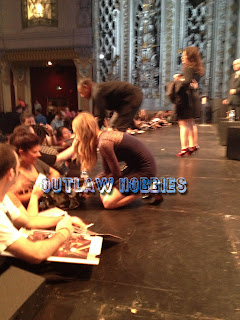 At arrivals, every single cast member signed again and a surprise appearance was Jon Favreau. We had 2 director clapper boards and Jon signed both and added "Swingers!" to one when I asked. 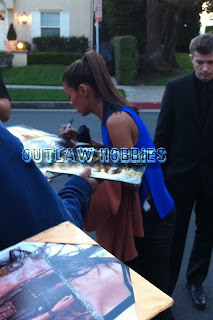 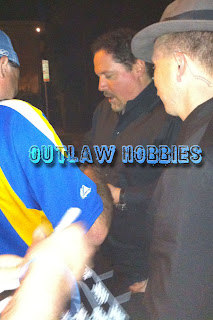 Inside, after the panel every cast member once again stayed on the stage for a long time signing for everyone and JJ Abrams would stop and talk to every single person and genuinely wanted to talk to you and know who you were. Really amazing guy, said he absolutely loves and misses Vancouver and can't wait to get back. 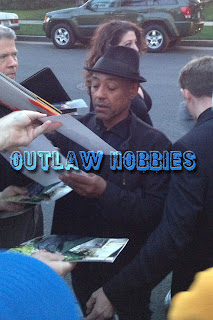 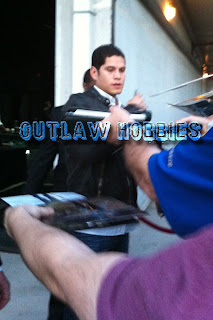 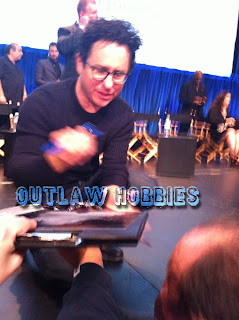