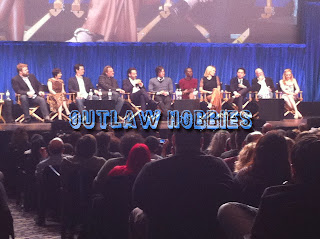 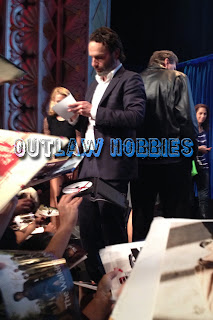 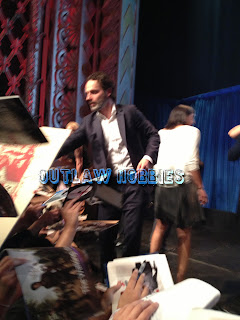 One of the main reasons we went on this trip was the get the Walking Dead cast at Paleyfest. This cast is amazingly cool and this time was no different. Every cast member except for Emily Kinney (who ran off the stage) stood in front of the mobs of people (and we're talking MOBS) and signed for a good half hour. AMC has told their cast to not sign photos anymore and a few of them were trying to avoid pictures but eventually caved. Andrew Lincoln, always an amazing guy, chatted for a bit about my love for Strike Back and how great the first season was. 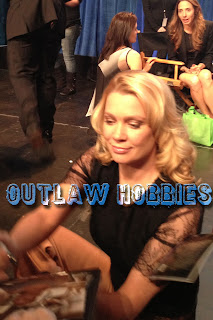 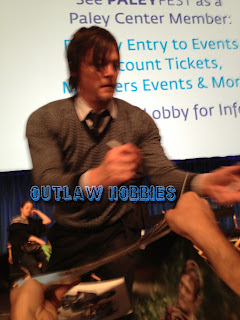 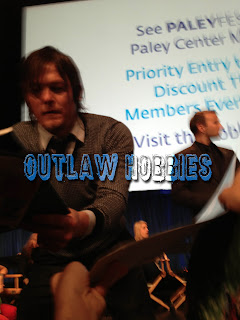 Norman Reedus was a machine signing for every person that asked, posed for photos, even signed a girls forehead. Danai Gurira and Laurie Holden both took care of everyone they could.
Steven Yeun and Scott Wilson were a little tougher to get as they really didn't want to sign pictures but after enough persistence they signed a few. It was absolute mayhem in there so big kudos the cast for remaining cool and loyal to their fans. 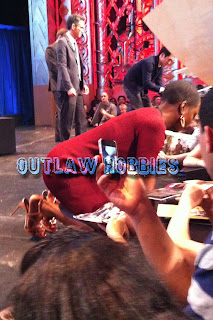 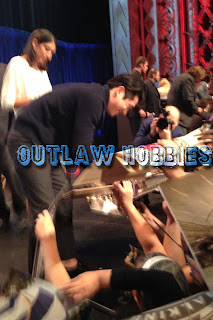 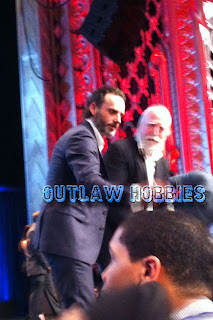 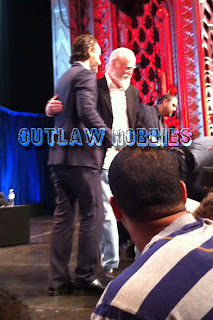