Back in Vancouver - Kit Harington 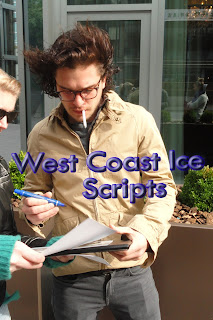 A few days after getting back to Vancouver, we found out Kit Harington was already in town prepping The Seventh Son. We managed to spot him having lunch with a coworker and after he was done, he came over and signed every photo we had, gladly doing the same photo a couple times.

Kit is hands down one of the coolest celebrities we've ever met. He said Iceland is the coldest place on Earth and he wished he was able to film in Spain like the others. Every photo he signed that he had "snow" in his hair, he said he wasn't a big fan of because they always look like he has massive dandruff.

He was very eager to talk to us about Vancouver and what he should do while he's here. In the middle of our conversation he apologized because his mobile was ringing and it was his costar Ben Barnes! He said he had to get going but if we hung around for awhile we could meet Ben too.