Easter Weekend is far from over, but here's a recap of the last 3 days. 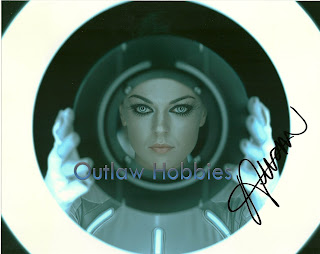 Friday morning Joel Kinnaman flew out of Vancouver airport with his parents who were visiting him. Joel is one of the coolest guys and spoke to us for a little while about how season 2 of the Killing will be much faster and intriguing. We congratulated him on his role as RoboCop and wished him luck in the future. 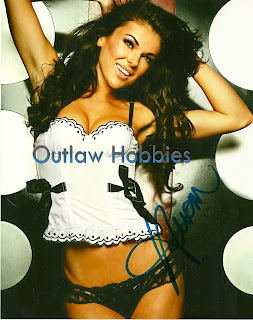 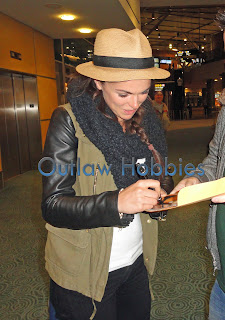 Friday night Serinda Swan flew back to Vancouver to visit her family and take in a Canucks game. She's a local girl who just doesn't come home enough! She was dressed down and not wearing any makeup at all, but she is still the most beautiful woman I've ever met. It's no exaggeration. She's honestly just stunning, a perfect 10 in person. And her personality is amazing. We've thought about purchasing a french bulldog soon and Serinda was more than happy to pull out her phone and show off her little guy Buddha whom she affectionately refers to as "fat head." I want Serinda to become a massive star because the girl has it all.

For anyone else's reference, should you get up to Serinda, she will not sign these two photos. She says she is "trying to get them out of circulation" 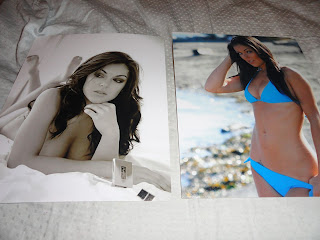 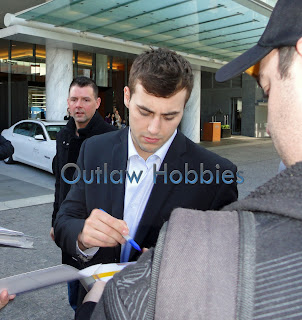 On Saturday morning we went and got a few autographs from the Edmonton Oilers. Jordan Eberle and Ryan Nugent Hopkins were machines and signed anything that was put in front of them. Needless to say, we were able to get everything done. 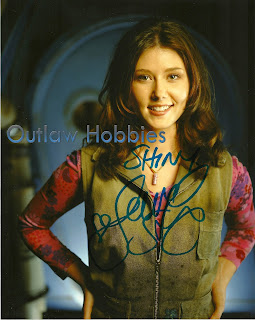 After that we rushed over to Vancouver airport where Jewel Staite was flying back home for Easter Weekend after spending the last couple days filming LA Confidential in Toronto. Even though she was fighting a cold, she was super sweet and happy to sign and pose for photos. I asked her to write "Shiny" on my Firefly photo and she was super cool about it. 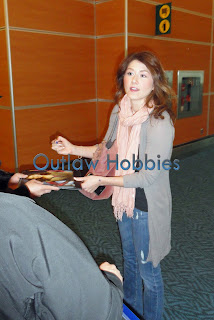 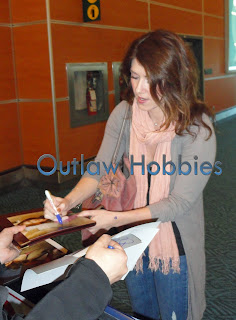 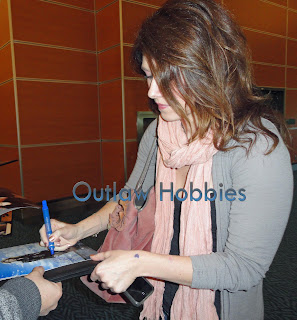 Overall the first couple days were a success :)