We first met Matthew Davis in Los Angeles a couple weeks ago when he flew in for Paleyfest 2012. He signed for us with this signature: 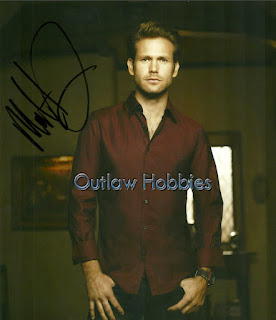 He's in town filming the Cult tv pilot for the CW and we've gone up to him twice. The first time he signed like the above. 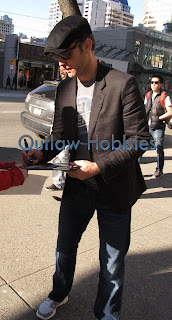 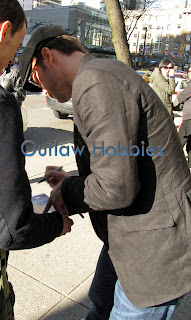 And then, on the last trip up to him, Matthew Davis decided to change his signature: 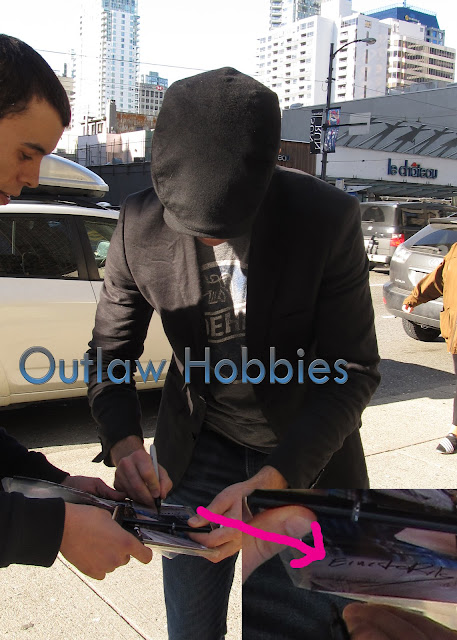 We thought that he was just tired of signing so he wrote out his twitter handle instead....but then after talking to a few fans, discovered he signs that like from time to time too! Check out this signed script of the Vampire Diaries: 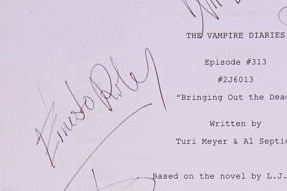 So there you have it. Matthew Davis signs as both "Matt Davis" OR his alter-ego Ernesto Riley. 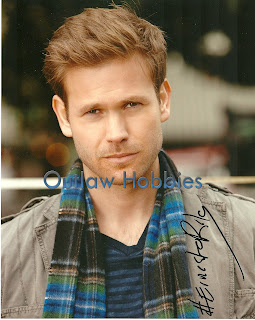