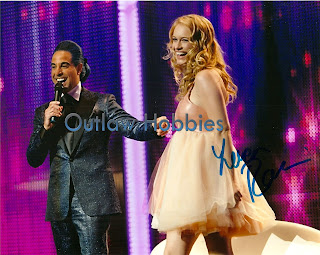 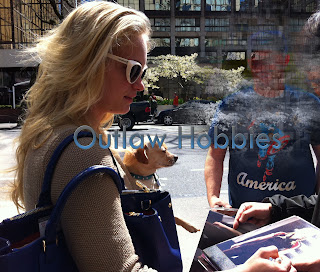 Hanging around downtown Vancouver yesterday we saw Leven Rambin taking her dog Sookie for a walk. She stopped and chatted with us for awhile about hockey and the Canucks. (she's a hockey fan). The Canucks official twitter spoke to her at the hockey game the other night - her and the Percy Jackson cast were given tickets to the game - and they claimed she was a big Canucks fan. We were able to get Leven to correct their statement. She said she doesn't love the Kings, and she doesn't love the Canucks but seeing as the Canucks gave her the tickets...well.... Leven was an absolute sweetheart and signed all the photos we had. 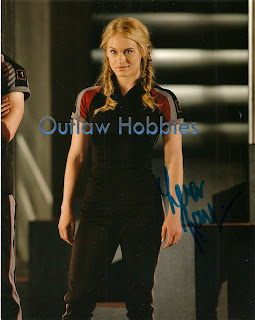 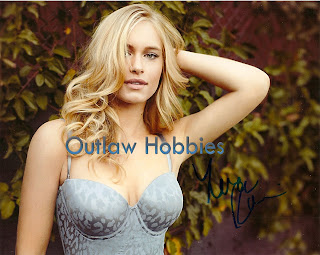 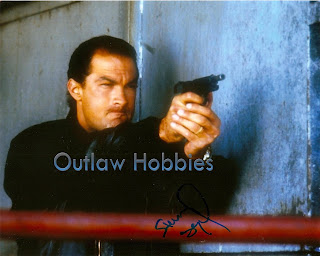 We spotted Steven Seagal heading out of a Thai restaurant soon after that and got him to sign a couple photos. Steven is very strict with his autographs and photos and WILL NOT let you proof him. He was very cool and talked to us about the photos we had. He is obliging to fans but when a crowd started to form he shut it down (politely). Had people pushed a little more, I'm sure he would have posed and signed for them but everyone respected him and stood back and let him go. 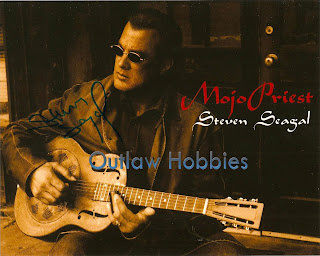