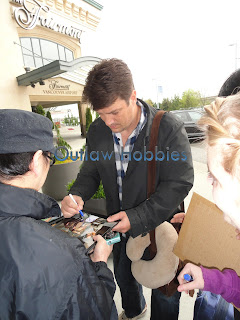 Nathan was another perfect example of how celebrities are different in Vancouver than they are in LA. Outside of Paleyfest (where Nathan was a machine and signed everything), he is a pretty strict one-per down there. 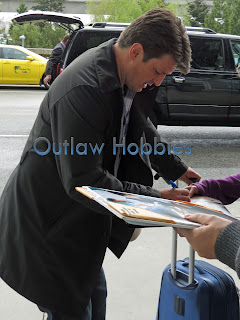 Nathan flew into Vancouver Friday and instantly one-per'd everyone waiting, but that was more because he was in a rush and there was a very large crowd.

On set on Thursday and Friday however, when the "true fans" came out, he was a super nice guy, signing everything and doing multiples.

Saturday morning he flew out and although in a rush, he was extremely polite and signed at least 2 for everyone, more for those who he knew he hadn't signed for already (Ken included seeing as he was in Vegas for Wed/Thurs). 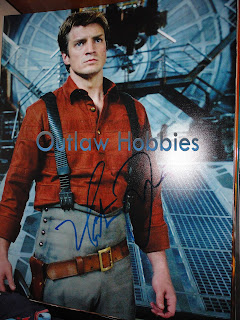 Nathan is *technically* from Vancouver and does come back to visit from time to time but he's very secretive about it and it can be hard to track him down. 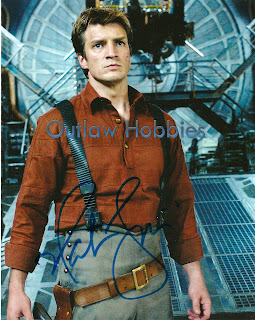 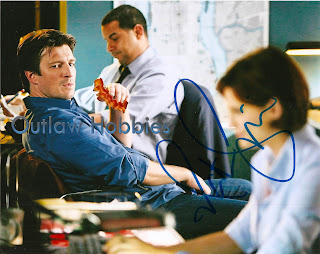 We got him on this Firefly photo in 11x14 for our collection a couple times because it's our favorite and on the Castle photo he laughed at and enjoyed, pointed at it and said "Mmm, Bacon?"